You are here: Home / WFCCTT / Meet The Team 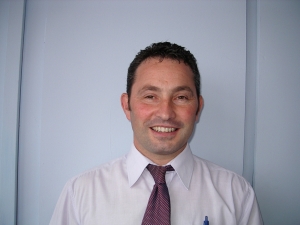 I left school and went straight into work as a Motor Vehicle Craft Apprentice for a Renault main dealership. Soon after completing my four-year apprenticeship I was promoted within the company. I moved from the main workshop to the control of the car sales department preparing all the new and used vehicles for sale. One of my roles was to fit Britax sunroofs in the vehicles and on one particular ‘open house’ event, was asked to demonstrate this on a brand new car, with the customer and other public watching! Everyone watched to see if I were to make a mistake, but all was good thankfully.

The business became extremely successful, gaining new contracts and so needed to expand. New premises were found away from the dealership and I was promoted to vehicle preparation manager and ran the centre successfully for around 15 years. We were taken over by Renault UK and I was then surplus to requirements. I moved to a large main dealership under Renault UK carrying out quality control and rectifying repeat faults to ensure good customer service.

I had the opportunity to take redundancy, which I did and moved across to BT and started a new career as a customer service engineer. I did this for around a year and my personal circumstances made me rethink my path, so I returned to Renault as a service technician and quality controller. As with all businesses, it became difficult to maintain quality in a pressured environment which disillusioned me somewhat.

I applied to the Training Trust as a liaison officer for the motor vehicle and plumbing apprenticeship programmes. After a short while, I gained my assessor award and assessed the motor vehicle apprentices assisting them to successful completions. A vacancy became available as a quality improvement manager, I applied internally and was promoted to the position seeing us through two successful Ofsted inspections.

After the chief Executive resigned, selection and interviews took place by the trustees and I was fortunate to be offered the role. I have been with the Training Trust for nearly 17 years now and have enjoyed my time here immensely, supporting people of all ages into their chosen career path. It is so satisfying to see someone who really was unsure of what they wanted to do in their job, to turn into a competent tradesperson and even run their own businesses. 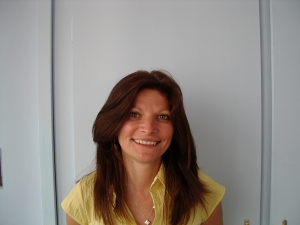 After completing my N.N.E.B. at college I worked my way up from a Nursery Assistant to a Senior Nursery office. After 20 year of working with children, I decided on a career change and became a freelanced Childcare Assessor and Internal Verifier. In 2004 I completed my Certificate in Education which allowed me to secure a full-time position teaching Childcare apprentices at the Training Trust.

In 2015 the opportunity arose for me to apply for my current role Quality and Business Improvement Manager. I love my job it keeps me very busy. I also completed my level 5 in management which I am really proud of. 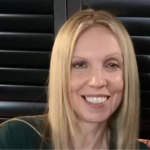 After completing my NNEB at Waltham Forest College in 1996 I worked in a day Nursery as a Nursery Nurse for 13 years.

After I had my 3rd child I became a registered childminder which allowed me to continue my professional development while caring for my young children.

In 2009 I began volunteering at the local Sure Start Centre and was eventually given a paid position as an Early Years practitioner. Through the Sure Start Centre I became the Outreach Link Worker for the Family Centre supporting pregnant women until their child reached the age of 5. I gained my skills including becoming a Unicef’s Baby friendly Practitioner and a Public health Quit Smoking Advisor.

In 2016 I successfully applied to become an Outreach Worker for the Children’s Centre allowing me to work on a one to one basis with our most venerable families to bridge the gap and to allow children to have the best possible outcomes. I built a wide understanding of benefits system, housing, mental health, Education and returning to work.

I have been with the Training Trust for almost 3 years and have been the Liaison officer for a variety of programmes including childcare, construction, business administration and plumbing as well as overseeing the maths and English functional skills qualification. This has given me a good understanding of the Training Trusts delivery.

Since being at the Training Trust, I have gained my assessors award and my level 3 awarding in Education and Training. I started my career as a part-time Retail assistant at M & S and then a full-time trainee administrator at Marks & Spencer’s Head Office for 7 years. I then had a career break to have my two children. I worked at Whipp’s Cross NHS hospital for 5 years as an Audiology administrator and then a technical officer, testing babies hearing.

I worked at Quest training from 1993 for 19 years as a monitoring officer for apprentices in the Hairdressing, Retail and customer service industries. Moved on to assessing Retail and Customer service due to my experience at M & S and my extensive time of working with customers/patients/members of the public and always doing my best to give them the best service I could!. I then became the company Recruitment & Marketing Manager, creating work opportunities for young people and building relationships and creating apprenticeship staffing solutions for employers both locally and in the Greater London area. I had this role for 13 years. In my time at Quest I became a qualified assessor and Internal Quality assurer. I also achieved a Health & Safety qualification which was regularly updated.

I had a career change in 2012 and worked as an NHS doctor’s receptionist for 4 years.

In 2016 I started as a liaison officer for the Training Trust. I look after a group of our Construction Apprentices. I work with four colleges and visit apprentices and learners all over the South-East of England. I have over 20 years’ experience working in the government sector dealing with funding and training. I have been working here since 2014 and my role has continued to develop and grow. Working here has increased my skill set greatly due to the continual changes to Apprenticeships and funding. I really enjoy my job and thrive on supporting my colleagues and our learners.

After my qualification as an electrical engineer, I gained over 42 years hands on experience in design, construction, Inspection and testing of Electrical Installations. I have vast experience in designing and building switch boards and control panels for heavy industry and processing plants and installation of electric motors. I have also carried out all kinds of electrical installations in industrial, commercial and domestic properties.

I hope to pass on the knowledge I have gained over the years to the upcoming generation of electricians and am very pleased to have been given this opportunity at Training Trust.

I have gained teaching and assessing qualifications while working with Training Trust, and I receive tremendous support from my colleagues while we continue to train our learners who are aspiring for a great future ahead. After I left school I went to work for a recording studio as a admin assistant, I then went onto working in the record and reprographics industry as a production assistant, dealing with bands artwork for their new releases.

After I had my son, I volunteered at his primary school and attended college where I studied for a Cache Level 2 childcare qualification. I was offered a job as a teacher assistant, working and supporting children in key stage 1 and 2 for 9 years which I thoroughly enjoyed.

I then joined Training Trust for a new challenge! Before I started working at Training Trust, I completed a college course in motor vehicle. This was an IMIAL Level 3 Diploma in Vehicle Maintenance and Repair.

After college, I decided motor vehicle was not for me so I then applied for a Level 2 Business Administration apprenticeship at Training Trust on the ‘Find an apprenticeship’ website. I passed the application and interview process for Training Trust and they then employed me in June 2016.

In December 2021, my role progressed even further. I am now the tutor for business administration as well doing my current job role still. I am currently completing a Level 3 Award in Education and Training. 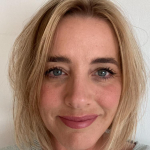 Many years ago when I left school and apprentices were called YTS I trained in beauty therapy and worked in a little local Salon. I loved the Salon but unfortunately was not disciplined enough to do much in the way of theory, so inevitably I failed to get my qualification at that time.

I went to work at an Airport doing promotions and customer services when along came baby number 1!

After some time off I returned to work, only this time in the travel industry selling Ski, Lakes and Mountain holidays and progressing onto wedding coordinating for the Caribbean and Indian ocean, when along come baby number 2!

After a little more time off I started up as a freelance Beauty Therapist and worked part time in a Salon and managed to build up a good client base. I was lucky enough to be able to have a small salon built in my back garden in which I worked for 7 years. It was wonderful while my children were growing up but now they are more independent it is time to take on a new challenge!!

When the opportunity of becoming a Liaison Officer presented itself I was excited and terrified. I have never done anything like this before but having finally completed an apprenticeship myself, I know first hand the disappointment and regret of not applying myself and getting the qualification the first time.

I feel that having 3 children and helping them navigate their educational and life skills I feel will help m within my role. I know with time, getting to know the learners and getting a good understanding of all that Training Trust has to offer I will absolutely love it. After my 3rd child was born I was keen to start a fresh career from my previous work in the City and enrolled with a European funded child care course that gave me the opportunity to study child care abroad as well as in the UK. During my studies I also visited Dublin and East Germany to study child care provision, which was enlightening. I then worked in childcare in a pre-school and was also a parent governor for both primary and secondary schools for 15 years. Because of my passion for education I was always focused on moving on to achieving my degree in education so I could start to teach child care.

I have now been assessing and teaching childcare for over 20 years mainly around the Redbridge and Waltham Forest boroughs. I am immensely proud of the achievements of many of my learners who have gone on to accomplish fantastic successes in their own careers including opening their own nurseries, starting up child care businesses, going into teaching, becoming managers of nurseries and gaining higher qualifications as they progressed with their own careers. I have 20 + years’ experience of working with young people within the training environment, in various roles. I worked for Training Trust from 2007 to 2010 as a recruitment and guidance officer. I re-joined the company in March 2017 as a Liaison Officer to our Construction Apprentices.

Please complete the application form selecting the apprenticeships you are interested in.